Greenland-focused research, planning, and education crosses disciplinary boundaries. With QGreenland, a free data-viewing platform, anyone can explore a wide variety of Greenland-focused data identified by an expert team and Editorial Board.

QGreenland is a United States National Science Foundation EarthCube-funded effort (award #1928393). Project development began in 2019, led by the National Snow and Ice Data Center, which is a part of the University of Colorado Boulder Cooperative Institute for Research in Environmental Sciences. The project is made possible through the generous efforts of a wide range of collaborators.

The QGreenland Team believes in open and accessible resources. QGreenland is built using free and open software, with development tools and workflows fully documented on our Github site. We also believe in FAIR (findable, accessible, interoperable, reproducible) data and strive to include clear information about original data sources and complete metadata. To the best of our ability, we aim to include data that are already free and publicly archived.

As QGreenland development continues, we will be expanding our educational resources, increasing optional data download options, and working to be as responsive as possible to user feedback. We look forward to hearing from you.

We request that QGreenland be cited or acknowledged when publishing a QGreenland-made image or map. 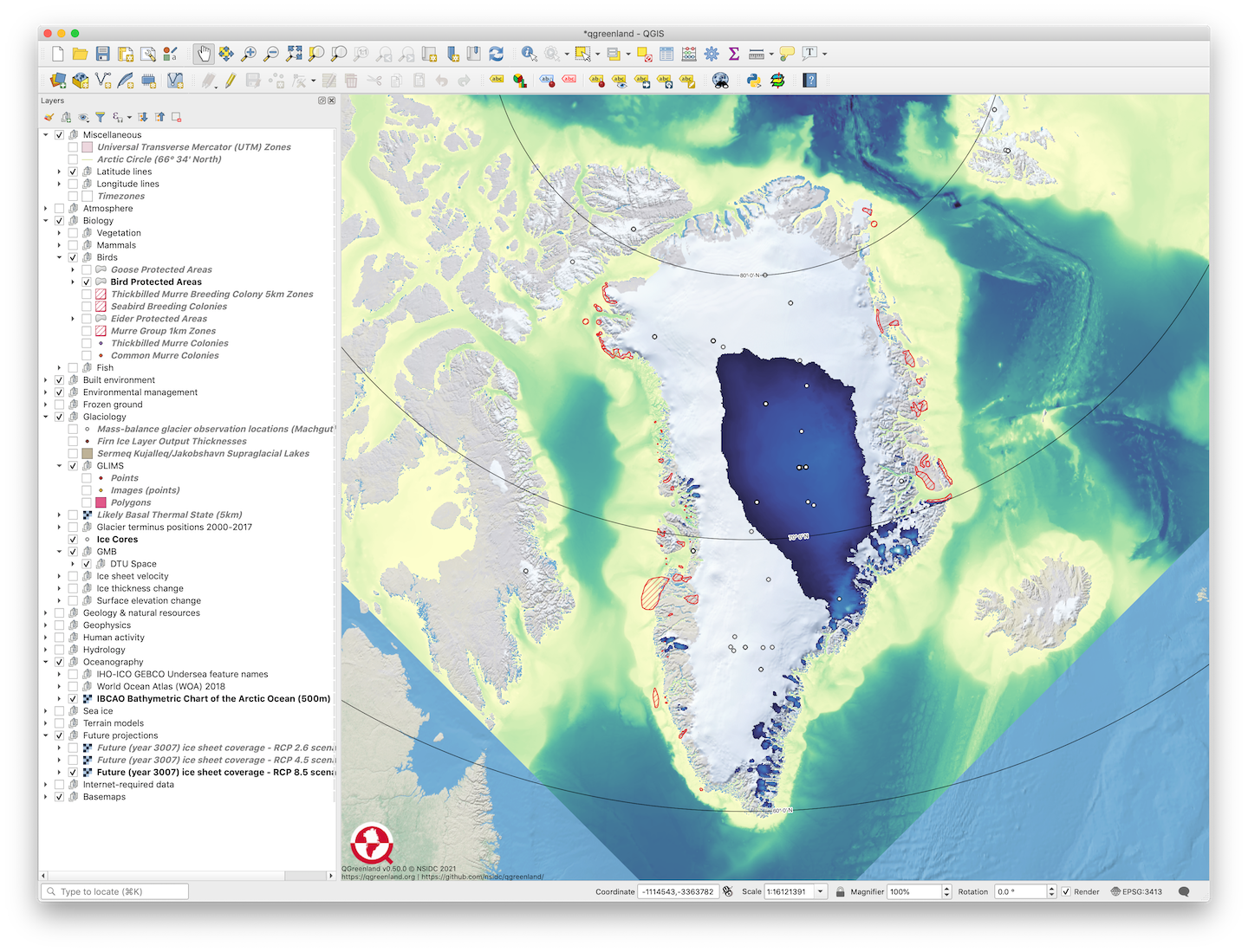 QGreenland development is made possible not only through contributions from our collaborators and team, but also through the use of open source software. We want to acknowledge the important work of developing these vital open source software resources. If your project is not listed below but is included in our environment-lock.yml file, thank you for your important work!